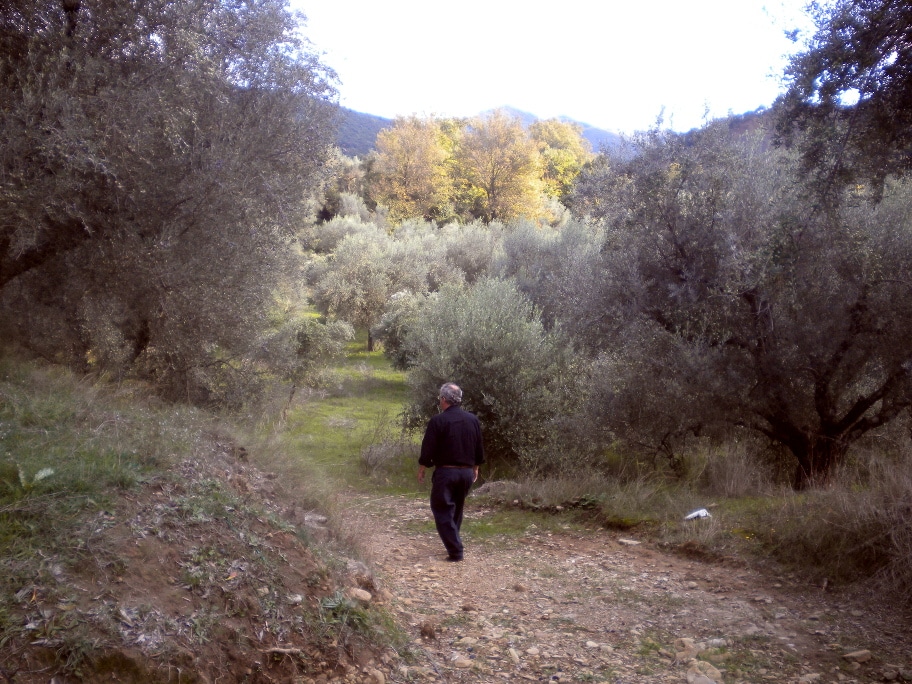 “The #olive tree is surely the richest gift of heaven.” Thomas Jefferson, letter to James Ronaldson, 1813.

My name is George Coundoussias. I grew up in the village of Gavalou in the region of Aetolia, #Greece. I’ve lived in the U.S. since 1978, but my family still lives in the town where I was born. I go back at least twice a year to visit family and take care of the olive groves that we have owned for generations. 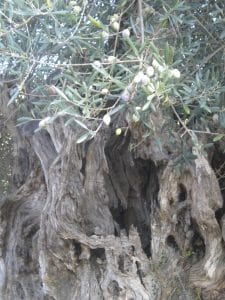 When I was growing up in Gavalou, there was an old, gnarled olive tree in the center of town. It belonged to a family named Malavetas. The entire neighborhood used this tree as a meeting place. The boys met at the “Tree of Malavetas” to play soccer, fight, make friends again. The older girls would bring their record players and sit under the tree listening to music. The tree was a point of stability, a sign that the people of the town had been stewards of the land for centuries and would keep on providing into the future.

Olive trees have grown in Aetolia since … who knows when! A tree can easily live 300 or 400 years, and even when it dies it will regenerate itself, sending up new shoots from its stump. The Tree of Malavetas was a living representative from many previous generations of Aetolian olive-growers.

The goddess Athena is said to have given the olive tree to the people of Athens. Homer says that Odysseus made his ships of olive wood. But even outside of myth the olive has long been a foundation of Greek culture. People in ancient Greece used #olive oil in cooking, to clean their bodies, as lamp oil, and as medicine. The dead were anointed with olive oil, and oil was left by their graves as an offering. Athletes oiled their naked bodies before competitions, and the winners were rewarded with oil.

Even today, an olive tree is wealth. The more trees you have, the richer you are. A person with lots of olive trees can provide.

Greece has produced some of the world’s best #olives for thousands of years. Back in the second century CE, the historian Pausanias praised the olive oil from the region north of the Gulf of Corinth – he said the flavor and color were better than the oil from Spain and Italy, and that it was so good it even went to the Emperor’s table. Today the olive oil from Greece and Aetolia is said to be “liquid gold.”

Olive leaves have two colors, a dark green top with a lighter gray underside. They rustle in the breeze. If you visit Delphi, look down into the valley full of groves of table olives. The leaves vibrate as the sunlight moves, creating a mystical hue that evolves with the angle of the sun and wind. The sight reminds us of the centuries of farmers who tended the Lady of All Trees, the generous and long-lived olive.

This error message is only visible to WordPress admins